20-year-old artist and producer 6th$ithLord, from Texas, comes forward with an impressive image and impactful marketing strategy. $ith gives insight into his spiritual beliefs, his battle with mental health, his rise with music, and more.

The artist also speaks about his reaction to hitting over 1 million plays.

The artist having that of a detailed and unique alias explains how they attained this title.

$ith states that he claimed the title back in 2015 when he started to dedicate his life to the career path and “take it more seriously.” The artist acknowledges that he went through multiple titles previously.

“I went from “ZXCT” to “ZTXYZ” then to “Indigo Ninigiku”. Ninigiku was my first serious serious persona. I came up with this when I started studying under Thoth and his teachings. It’s Sumerian for Lord Of the 3rd eye,” says $ith.

The artist still also goes by Ninigiku, but is pushing to further his self-branding of $ith. For why the artist chose $ith, it is because the artist is a big fan of the Star Wars universe and films.

In the beginning, $ith’s school friends, and family were not supportive of the artist’s career path. $ith’s family were not approving of $ith striving to make an income from his music and thought it was a waste of time.

The artist was also a member of a group called “Anonymous Indigo’s”. However, there was a falling out with the 10 members due to differing ideas and conflict.

After the disbanding of the group, $ith began to focus on his own career as he believed he had a message for the universe and “the human species.”

$ith also states that he has fought with severe depression and anxiety, and suicidal tendencies in the past. This caused the artist to isolate himself and participate in actions harmful to their self.

This is his old self, $ith states, and it has helped them become the individual that they are today.

“Despite the “negative” things I have encountered in my life, it’s all for a reason and without them, I wouldn’t be the man I am today. I am thankful to be where I am and it’s only growing from here,” says the artist.

The artist also talks about their family.

$ith’s relationship with his family is both “good and bad.”

His parents tried to get him to participate in sports, which the artist didn’t resonate with. $ith and his parents also fought a lot. During this period, the artist began to write music to cope. $ith and his older brother, which he once looked up to, no longer get along. 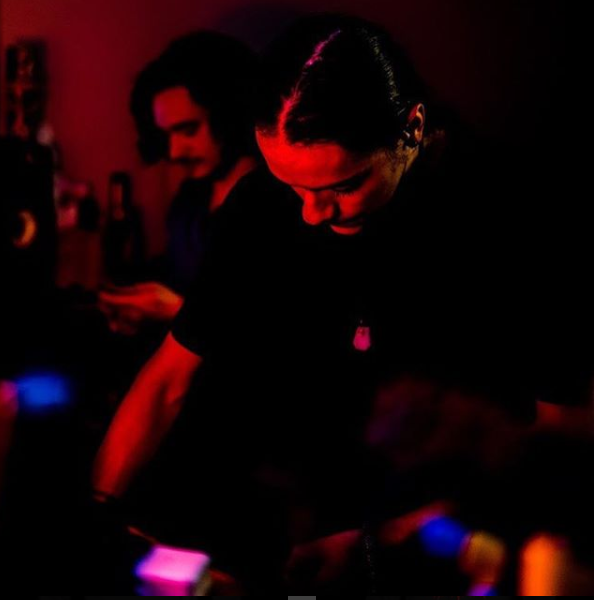 Regarding $ith’s musical journey, the artist started creating music at age 12 on FL Studio, the demo version. Once the artist’s friend “obtained” a full copy of FL Studio, $ith began to work harder, and learn the program. One of $ith’s friends,  FVDXVD, also gave the artist a copy of Logic Pro X.

“My sound started out not so evil sounding and dark, but rather uplifting and happy. I was about peace and love but I started to grow up and deal with things that have made me stray away from that path. I need to revert back to Ninigiku,” says $ith.

The 20-year-old artist also got inspiration from EDM, as well as “dark, deep house techno” music.

“Put me on SHWB, $uicideBoy$, Raider Klan, and Denzel Curry. Pretty much the ones that have paved the way in this scene,” says $ith.

The artist also states that they don’t have a working schedule, and instead get inspiration when they play games, chilling and freestyling with his friends.

$ith states that other than music, he’d like to teach healing and meditation, as well as healing of the chakras.

$ith also describes themselves as both a person and an artist.

The artist describes themselves as a paradox. They jump from wanting to care for everyone, to wanting to isolate themselves.

“I’m a really nice dude once you get to know me and [you] can easily get along with [me],” says $ith.

$ith also explains that respect is a large thing for him, so he treats everyone with the same amount of respect.

The artist also gives advice to readers in the industry.

$ith wants readers to focus on their own image, and art. $ith also states that building your image on a meme is not good ground to build your career, and nor is “clout chasing.”

The artist has also achieved over 1 million plays for their music. $ith says, although this is a massive achievement, his next goal is to throw his own show with himself headlining, He’d like this show to sell out.

“When that happened so much joy filled my body and I started to cry because I couldn’t believe it,” says $ith.

$ith says if you want to grow your audience, utilise reposts and strategic drops.

“Let’s say you have a music video you want to get out, find a YouTube page that promotes UG music. Some charge but make sure your money is going someplace worth the money. Don’t pay for weak promo,” advises $ith. 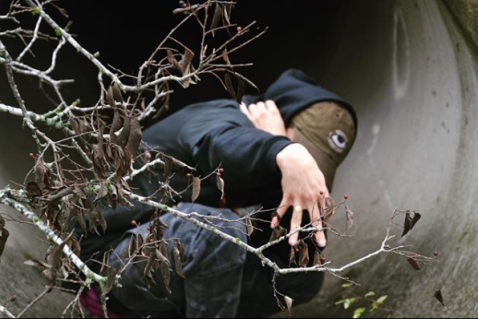 The artist has also achieved over 1 million plays for their music.

The artist is also a part of Nephilim Gang, a group which I have covered before in the Warlord Colossus interview.

$ith has been in the group since the beginning, and through meeting Colossus, the group was formed after $ith described the concept of Nephilim to The Warlord.

“This really intrigued him [the explanation] and sure enough, I believe a couple months later, we start talking about making it a record label and I tell him to do it. Now look at him, running his own record label and booming,” says $ith.

The artist is also the creator of $ITHGANG, a collective of like-minded individuals

The artist also wants to work with Kid Cudi, and Black Smurf.

$ith also wants readers to stay posted for an “old school boom bap tape” that will be out this year, alongside a mini EP release with a producer titled ZXRO.

“Fusion Of Tha Force 2” with ThaDarkSaiyan is coming soon too, as well as a big tape drop titled “Moksha”. New music videos and merchandise are on the way too.

To stay up to date with the artist’s career, be sure to follow his social media accounts listed below: